Plants belonging to the genus Euphorbia are known to possess considerable chemical, medicinal, and economic importance [1]. Terpenes, including diterpenes and triterpenes, steroids, cerebrosides, glycerols, and phenolic compounds are characteristic constituents of Euphorbia species [2]. In the course of our work focusing on the isolation of special metabolites from various Euphorbia species, the chemical composition of Euphorbia gossypina var. coccinea Pax. (Euphorbiaceae) was thoroughly investigated [3]. The aim of our work was the identification of the special metabolites of the plant. This plant is a perennial, much-branched, succulent, herbaceous, evergreen shrub native to Kenya and Tanzania. Preparations of E. gossypina have long been used in traditional medicine for the treatment of swollen legs and general body pain. Moreover, it is applied as eye drops in the treatment of conjunctivitis and warts [4]. The diluted latex of small twigs is taken to treat laryngitis [5]. In Somalia, the latex is applied to treat mange in livestock [6]. There is no literature data on the phytochemistry and pharmacology of E. gossypina var. coccinea.

Herein, we report the isolation and structure elucidation of fourteen compounds, among them being eight new polyoxypregnane ester derivatives (euphogossypins A–H, 1–8), two new lignans (gossypilignans A and B, 9 and 10), and four known compounds, including the pregnane 12-O-benzoyldeacylmetaplexigenin (11), the lignan 9α-hydroxypinoresinol (12), and the flavonoids naringenin (13) and querctirin (14) from E. gossypina var. coccinea.

Pregnane glycosides are C21 steroidal natural compounds, in which the pregnane part is attached to different sugars. These compounds demonstrate a fair degree of diversity in their aglycone part with different numbers and types of sugar units being attached to the aglycone at position C-3 [7]. The sugar part of these compounds can be a mono- or disaccharide, or an oligosaccharide chain arranged mainly linearly to the pregnane skeleton through an acetal linkage. The characteristic monosaccharides of pregnane glycosides are d-glucose, l-rhamnose, d-cymarose, d-oleandrose, d-allose, and d-digitoxose. The occurrence of pregnane glyosides is characteristic of the Asclepiadaceae, Apocynaceae, Malpighiaceae, Ranunculaceae, and Zygophyllaceae families [8]. Pregnane glycosides are reported to possess noteworthy pharmacological properties, such as immunosuppressant, cytotoxic, antidepressant, anti-inflammatory, antioxidant, antibacterial, antifungal, and antiproliferative activities [8]. Therefore, the isolated compounds were tested for their antiproliferative activity against the HeLa cell line using the MTT assay. 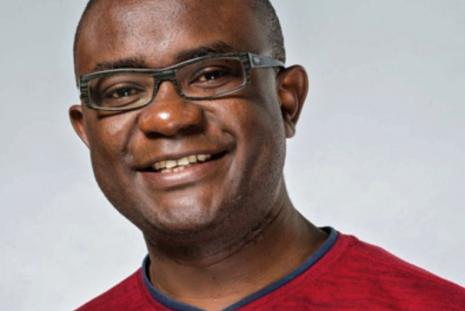 Prof. Moses Obimbo Madadi, Clinician-Scientist and Associate Professor at the University of Nairobi, Kenya, will form a coalition of researchers and develop tools to study the vaginal microbiome and metabolites during pregnancy to help identify predictive biomarkers and intervention strategies for improving pregnancy outcomes in Kenya. Africa carries a high burden of severe pregnancy complications such as stillbirths and neonatal deaths. To address this, Dr. Madadi is leveraging his broad experience in clinical, basic, and epidemiological research to establish a unique niche of translational research to support the health of women in Kenya and around the world. He will perform a prospective cohort study at four hospitals in Nairobi by collecting clinical data and vaginal samples from over 1200 pregnant women. He will use next-generation sequencing to analyze microbial communities, and metabolomic profiling to identify predictive and diagnostic signatures of adverse pregnancy outcomes. These data will be used to develop artificial intelligence-assisted prediction models that could be used as valuable screening tools to identify at-risk pregnancies for early interventions.

Teaching and Research Experience in Anatomy and Oral biology in the School of Health Sciences, University of Nairobi

The paper narrates experience of teaching oral biology and anatomy to undergraduate and postgraduate students over forty year in the School of Health Sciences at University of Nairobi. Oral biology was an additional basic science subject taught to students of Bachelor and Master of Dental Surgery and the course was challenging and prepared the students with a sound foundation for clinical dental sciences and diverse dental postgraduate degrees. Anatomy teaching was multidisciplinary; gross, microscopic, developmental with clinical relevance, to medical, dental, pharmacy and nursing students in the first level of under and post graduate study. The teaching materials and methods changed over time often together with course content and curriculum reviews. The perspective on student attitudes, motivations career choices are considered with change in the education scenario in Kenya over the years. Research has been in the field for dental data collection and laboratory based in oral and anatomical science. Several papers on oral biology, anatomy and neuroscience have been published in local and international journals in addition to conference presentations.. Some of these have been in collaboration with colleagues within UoN and others with research institutes. Brain Awareness activities (Ubongo campaign) targeting school students and community child health education for nomadic communities to deter tooth bud removal has been a major area of interest over the years.

On 14th March 2022, The Department of Human Anatomy and Physiology in the Faculty of Health Sciences – University of…

© University of Nairobi 2021.  All rights Reserved.